In March of last year, Bonnie made the Merchant & Mills Thelma Boilersuit for our Project Manager, Lane.

At the time of it’s release a few month’s prior, I was stickering and stocking our new pattern haul while Lane chatted with me about something marketing related. It was then I witnessed an instance of ‘love at first sight’ so sincere that Nicholas Sparks might have written it.

Their passionate reaction made me laugh! I too liked the Thelma, but my initial response hadn’t been nearly so exuberant.

“What is it that speaks to you?” I asked.

Lane, who is nonbinary, explained that they adored the jumpsuit’s “utilitarian with a twist” aesthetic, saying, “Whatever my gender may be, this [garment] somehow fits it!”

A definite perk of working in a fabric store is that – in order to confidently sell and promote the various independent patterns we carry – we occasionally get to make samples!

The Thelma, a new and highly-anticipated pattern, was the perfect sample candidate. And, after witnessing Lane’s reaction, there was no doubt in my mind about who the garment should be made for. The next step was to select a fabric.

I can't see anything I don't like about you.

Typically, functional jumpsuits are made using darker more reserved colors. Greys, blacks, blues – all colors that highlight the history of this garment as one meant for work. But Lane, true to form, decided to go bold, choosing the Robert Kaufman 21-Wale Corduroy in Ginger.

(If you’re a die-hard swatch service subscriber, you may recall this ginger corduroy being included in our first-ever Warm Tones card back in March of 2020!)

They also selected some ornate, military-esque looking buttons that they felt worked well with the yellow, while also giving “a subtle nod to the history of the garment.”

That done, it was time for the hard part – fitting and construction!

It was apparent from the get-go that alterations would have to be made to this garment. The Thelma is drafted for UK sizes 6 – 18 (2 – 14 in US sizing). Lane, a thin individual, typically wears a size 0. Luckily, they already owned a jumpsuit that fit them well, and Bonnie was able to compare the Thelma’s measurements to that of the existing garment. (Something we highly recommend when it comes to complicated patterns like the Thelma!)

Bonnie moved the bodice up 2”, added 2” to the crotch depth, and widened the legs from below the hip. The whole process required multiple fittings. She noted that this pattern is drafted very generously, and the waistband sits very low. So, if you’re going for a more tailored look and this is your first time sewing a jumpsuit, you may want to practice your fitting with a muslin version first.

Not all of the alterations made to this jumpsuit were fitting related. The front buttons and placket were replaced with a bright, purple zipper that Lane picked out and which nicely complimented the Plum & Bush Banana QC in Gold used to line the boilersuit’s cuffs and pockets. This closure change suited both Lane’s spirited sense of fashion and Bonnie’s desire to avoid sewing buttonholes!

Removing the buttons also left the jumpsuit a little more open at the neckline, thus creating (as Lane would put it) “that leisurely, 1970s, popped-collar feel!”

An Affair to Remember

While Bonnie had a wonderful time sewing this boilersuit, she made mention of a few tricky elements:

As a nonbinary individual, Lane has described to me some of the difficulties that come with expressing themselves via clothing and fashion.

“For so many well-known brands, ‘androgynous’ only means masculine. But the truth is my fashion sensibility incorporates elements traditionally categorized as both ‘feminine’ and ‘masculine’. Like everybody, I have features that I like to accentuate, and, above all, I want to wear clothes that I know I look good in – I know I look good in this jumpsuit!”

And Lane’s right! No matter your gender identity you want to feel good in the clothes you wear. It’s not up to nonbinary folks to explain to the cis population why they dress or present a specific way. It’s up to the cis community to allow that expression and self-exploration without pre-supposing meaning or demanding an explanation.

“There was a long period of time where I couldn’t figure out what to wear. The Thelma Boilersuit appeared at a moment in my life when jumpsuits were the best option while I sorted through what being nonbinary meant to me. Maybe it’s just clothing, but it’s never just clothing.” 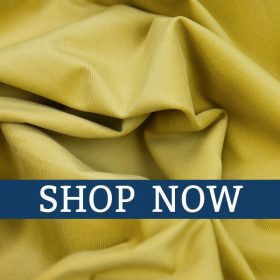 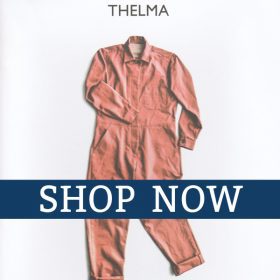 One thought on “The Merchant & Mills Thelma Boilersuit”

Friday Inspiration. Join Maisie as she shares the

Cozy, soft, and stylish – the best clothing is all