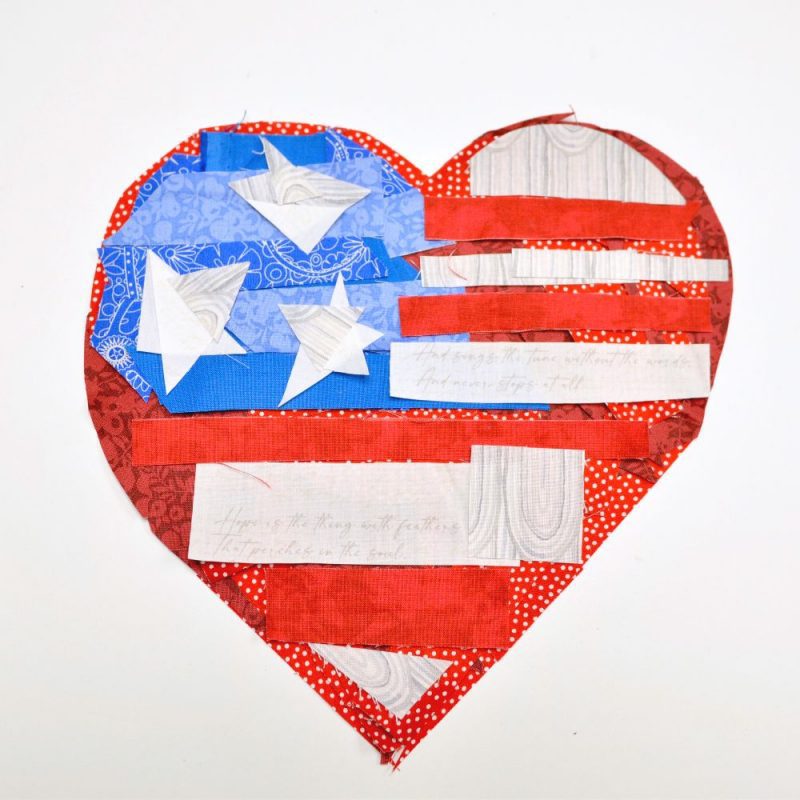 Over the past several years, my relationship with Independence Day has become a tenuous one. Born and raised in a predominately white, conservative state, it took longer than it should have for me to understand just how exclusive the term ‘independence’ was in July of 1776.

Freedom – though hard fought and won by people of every race, gender, and sexuality – was monopolized by those already benefitting from an inherited privilege. Then, those in power took the liberty of penning that privilege into law. The more I learn of our flawed past, the more hollow this holiday feels. How can we celebrate 246 years as a sovereign nation while freedom continues to be withheld from so many?

A Bit of History

Each Fourth of July, my hometown of West Yellowstone puts on a tiny parade. Because of our proximity to Yellowstone National Park, the parade is extremely well attended by vacationers, charmed by such an obviously small-town tradition. I’ve been in this parade many times. My father, a fishing guide, has a trailer and drift boat that looks downright festive when draped with streamers. It is the perfect size for a family float – both on and off the river.

Years ago, my siblings and I decided to theme our float around four, ‘patriotic’ figures we associated with the holiday. I, the oldest and bossiest, claimed Lady Liberty for myself. My sister Olivia – not to be outdone – crowned herself Miss America, while my brother Jackson and sister Mary were coerced into playing Uncle Sam and Betsy Ross respectively.

The float was, if I do say so myself, very well received. But, I look back now on the icons we chose, and they seem to have lost their patriotic luster. Mary’s portrayal of Betsy Ross in particular gives me pause. Not only because I should never have forced her to wear a colonial dress and mop cap in such heat, but because Betsy – said to have designed and hand-sewn the first American Flag – created our best symbol of freedom and equality for a country that steadfastly denied her both.

The Fabric of America

Betsy’s example is the tamest of its kind. This country has been built, quite literally, on the backs and at the expense of its most oppressed citizens. But, the more I learn about and ponder this conundrum, what strikes me is how clearly sewing has played a role in the formation of our country – for both the oppressors and the oppressed. Through this craft that we love and admire, I have come to better understand the intricacies of injustice, and the astonishing perseverance of the suppressed.

There are few things more frustrating than the audacity of a non-sewer. To be asked to mend or make a garment for an individual who disregards the time it will take – while also requesting that it be done for little to no money – is at once astounding and insulting. Those who sew know how difficult and expensive it can be, but we do it for the joy it brings. Thus, this attempt by interlopers to commodify our joy serves as a painfully accurate metaphor for capitalism, and the unfortune American tradition of undervaluing our citizens.

This tug of war between joy and exploitation as it pertains to sewing is as old as our country. Cotton, a substrate we celebrate and depend upon, is inextricably linked to slavery. So profitable an industry was it that our Founding Fathers prioritized it over Black lives. Meanwhile, impoverished seamstresses labored endlessly with needle and thread, earning pennies for a garment that would sell for ten times as much. And on it goes.

And yet, despite this misuse of sewing, communities grew. Fashions formed. Oppressed peoples found a way to reclaim needlecraft, taking pride in their work, and creating art. Incredible Black seamstresses like, Elizabeth Keckley and Anne Lowe, designed couture works of art. Young Mexican-Americans in the 1930s and 40s proudly wore Zoot Suits as a means to celebrate their heritage though they knew doing so would put them in greater danger of racist attacks. Native Peoples continued to craft gorgeous traditional garb despite white society’s best efforts to eradicate their culture. Members of the LGBTQ+ community, particularly transgender folks, danced and vogued in elaborately made costumes – unabashedly taking up space in a world intent on diminishing them.

In other words, people have always found a way to create joy, even in those places where it seemed most unlikely to exist. And, when sewing is one’s method of choice, this joy becomes not only palpable but irrefutable.

One Stitch At A time

As an individual blessed with privilege, I sometimes find it hard to fathom the hardships that those without it have been forced to undergo. At the same time, sewing – and the larger sewing community – has helped me to understand just how fine the line between creative freedom and capitalistic exploitation is.  It has provided a common ground – a tangible thread – by which I may begin to empathize with the experience of those different than me. My amazing fellow Americans.

So, this Independence Day, I make an effort to remember those Americans who struggled, and continue to struggle, for unfettered joy and equality. To celebrate the great achievements of those to come before while also acknowledging our many failings. To recognize the pain and tragedy that is part of our history, and to commit myself to ending it’s perpetuation. And, most of all, to promise to protect and love my compatriots, no matter the cost.  One stitch at a time.

15 thoughts on “The Search for Independence”