Aboriginal Art is one of the more ancient traditional arts in the world, going back approximately 50,000 years. Initially a nomadic people, Aboriginals collect their food from a nature they revere and respect. In this design, a cheeky woman named Puggareeta tormented and fought a snake. Their wrestling heated the up ground forming the hills and mountains of the landscapes. The snake cast the woman into the sky where she is held. Spirit Mienteina Puggareeta continued to play tricks on the sky deities who occasionally grew frustrated with her antics and threw her across the sky, which the world sees as a meteor!

Designed by Heather Kennedy, feature this design in a Studio 180 Paper Lanterns Quilt! 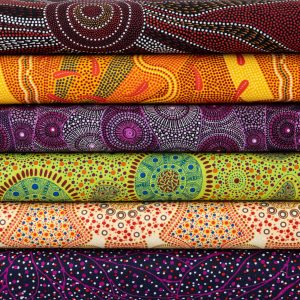 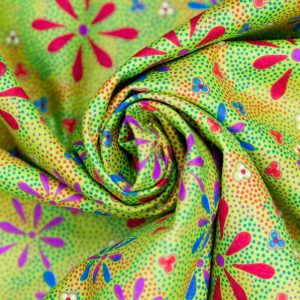 Aboriginal Flowers in the Desert Quilting Cotton in Green 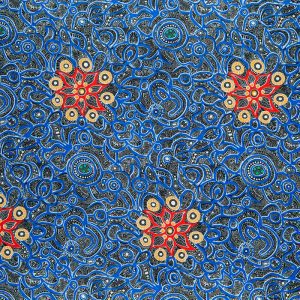 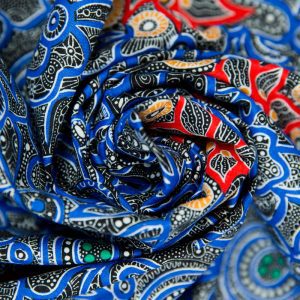 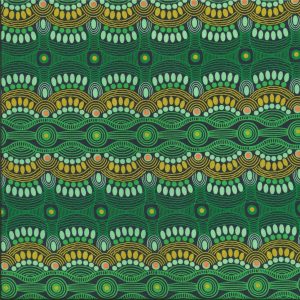 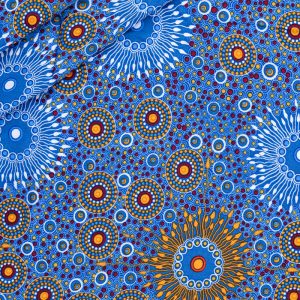 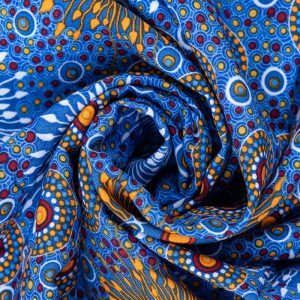 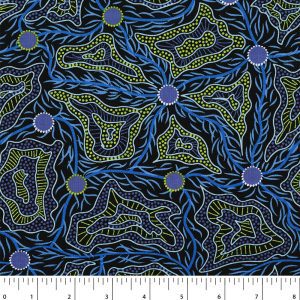 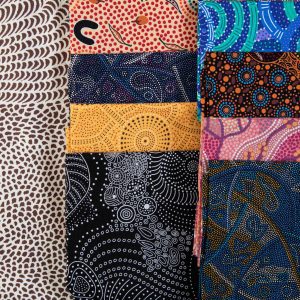